The Bahnhof Hotel was initially built in 1906. After extensive renovations in 2005 this Jewel of the Spergebiet has imperturbably grown in size and rating alike. The overall atmosphere and the personal touch within the realm of this establishment are setting it off from many other players in this field. The small town of Aus has an astonishing rich history dating back to German colonial times. 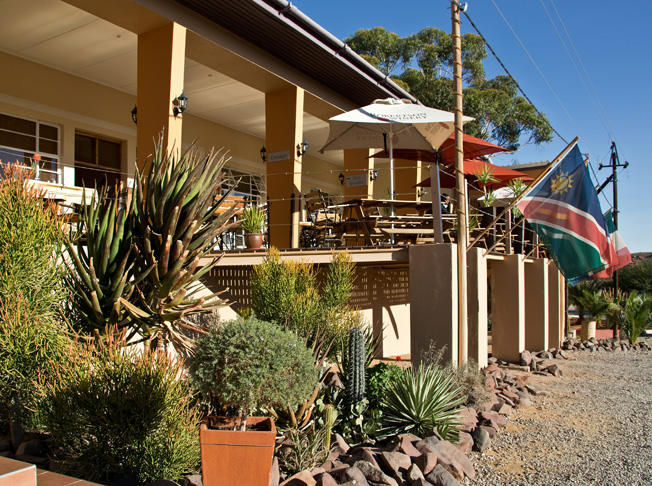 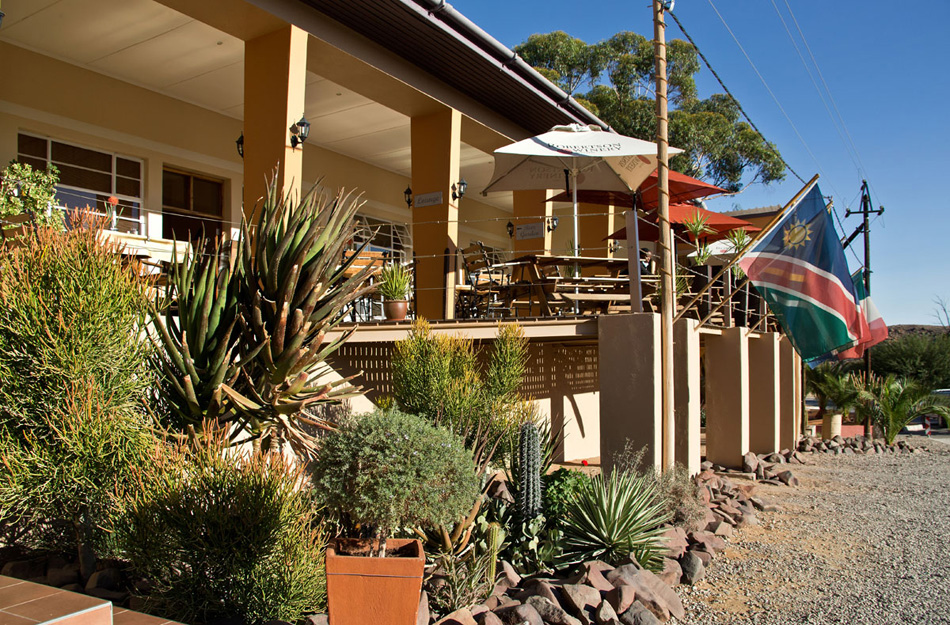 The Bahnhof Hotel was initially built in 1906. After extensive renovations in 2005 this Jewel of the Spergebiet has imperturbably grown in size and rating alike. 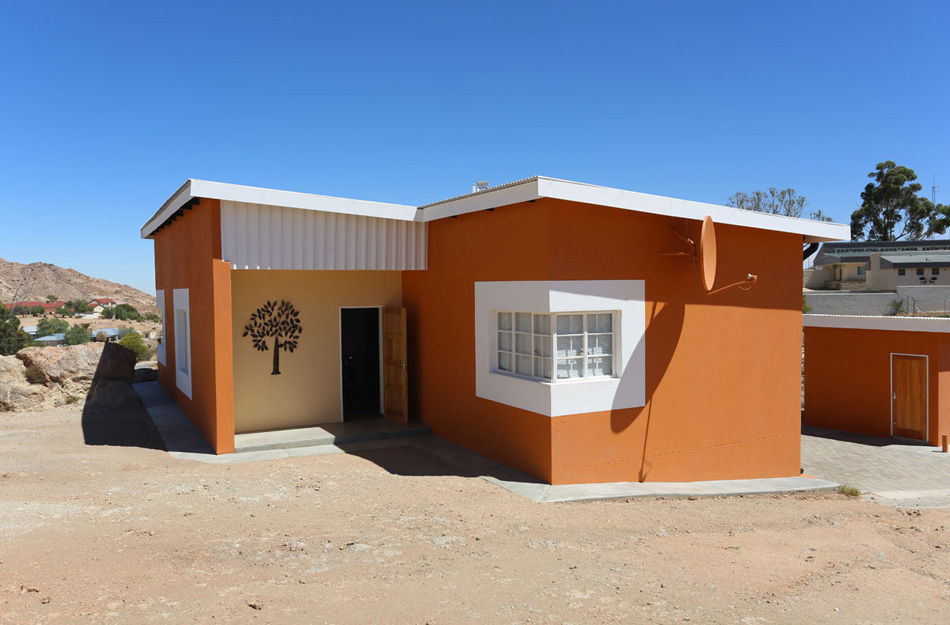 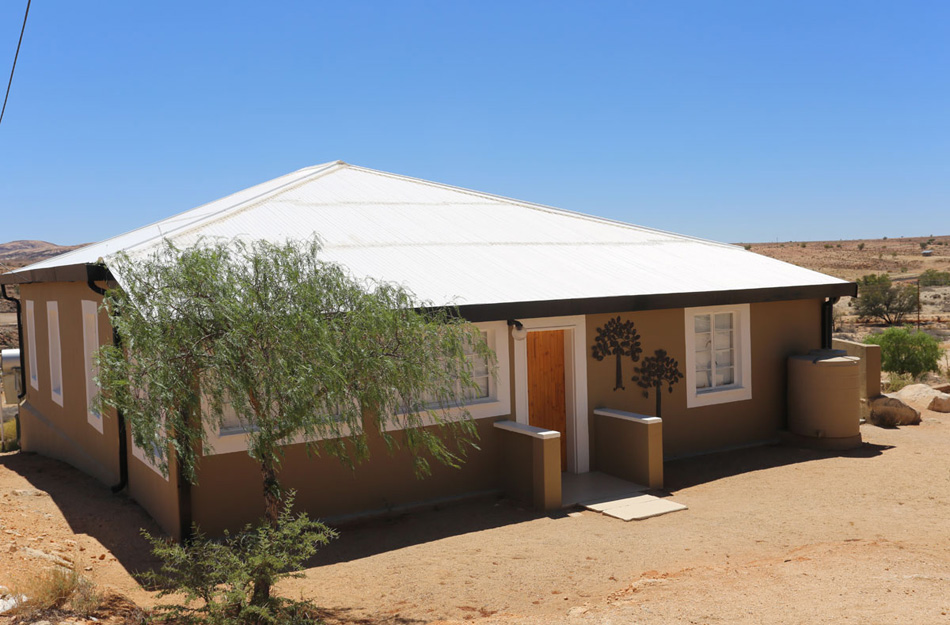 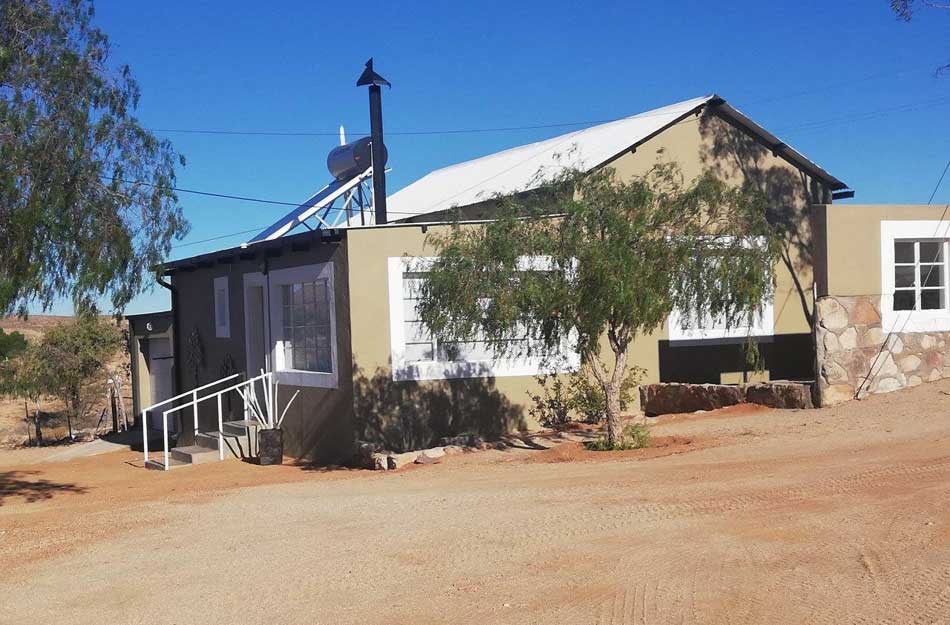 Located on the same property as Aloe Rock House. It has 1 twin and 1 single room equipped with mosquito nets and a sharing bath room and extra toilet.

See a few items from our extensive à la carte menu below.

With a trio of vanilla, chocolate chip & strawberry ice cream on a salted caramel sauce.
Choose from our large variety of delicious home- baked cakes. 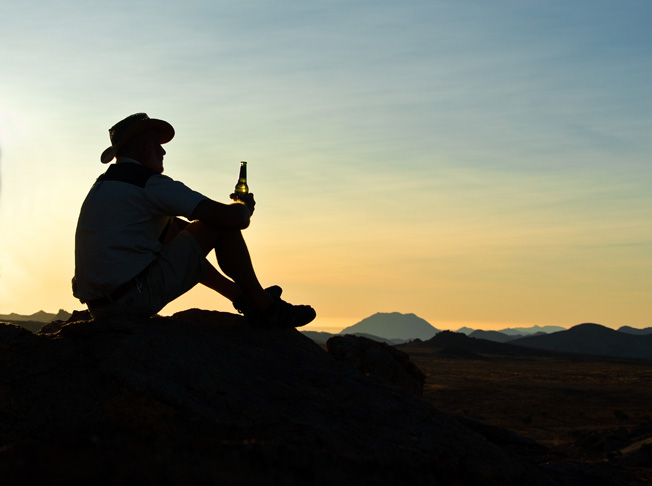 Aus was formerly the site of a prisoner-of-war camp established by the South African army in 1915 to house German inmates captured during the First World War.

The area west of Aus is noted for its herd of feral horses living in the desert. Their origin is uncertain but today there is a population of 73 including 31 mares, 40 stallions and 2 foals which have adapted to the harsh environment.

READ THE REVIEWS, WRITTEN BY

2 sleeping rooms, 2 baths, one kitchen, one dining and living room, all perfekt! You got Your own location with space for at least 2 cars. If You want to... read more eat something, You can go to the hotel 'Bahnhof' in walking distance- I would recommend it. Supermarket an petrol station are also in short distance, so You got everything, You need! Feel safe, the police station is just around the corner! 🙂

The property was spotless and not only included two big bedrooms lounge kitchen braai area and stoep but from the yard you have a marvellous view of the town under... read more you.....enjoyed a sundowner with a view///////

We didn't plan to stay in over in Aus but what a gem in the desert. It was my birthday. Armand, Cecile and the rest of the staff treat and... read more spoil us like royalty.Thank you so much for the wonderful food and really comfortable stay with you. Lela, you did a wonderful job with your 'oasis' for tired travellers after a long day on the road!

We stayed here for 1 night on our way to Sesriem. The rooms are spacious and the restaurant serves good food. Staff is friendly and though there is no fridge... read more in your room, you can store some food in their fridge, very good service. Breakfast is very nice, buffet and hot breakfast to order even pancakes. Definitely would recommend this place for 1 night.

Aus is situated on the B4 trunk road connecting Helmeringhausen, Keetmanshoop, Rosh Pinah and Lüderitzbucht. The Bahnhof Hotel is situated in the palmtree lined, tarred main road of Aus, opposite of the old railway station and across from the only filling station in town.

Away from Rosh Pinah