The Bahnhof Hotel Aus is supporting one of the  local soccer teams, the Bahnhof Team for many years already.  Towards the end of 2019, six years after the first tricots were acquired, a new outfit became necessary in order to partake authentically dressed in a qualifying match in Bethanien.

The acquisition of the new orange and white outfit was then facilitated by Bahnhof Hotel , for which the team then volunteered to help once again with the face-lifting of the entrance of Aus.

This soccer team is being trained by Cassey Kasiki and exists for 18 months already. The team consists at present of the following players: 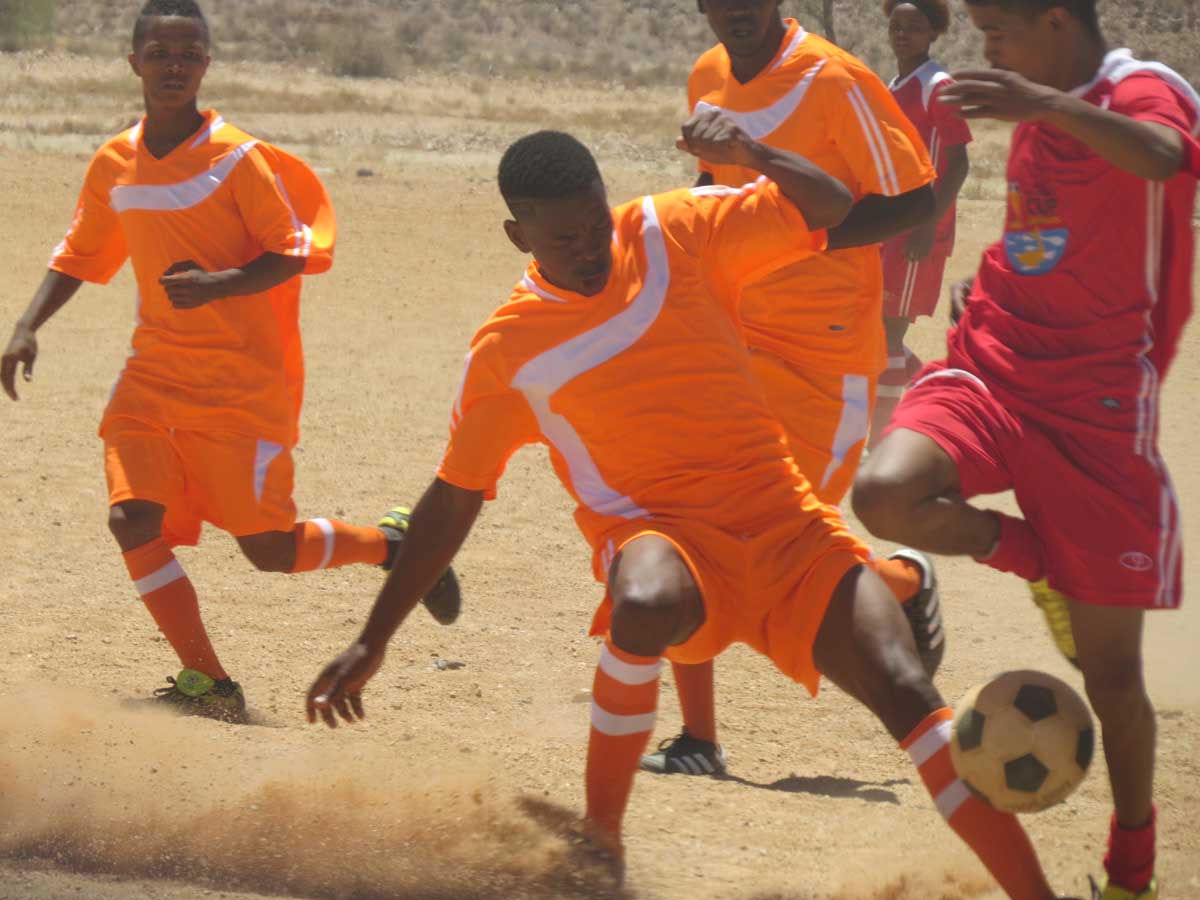